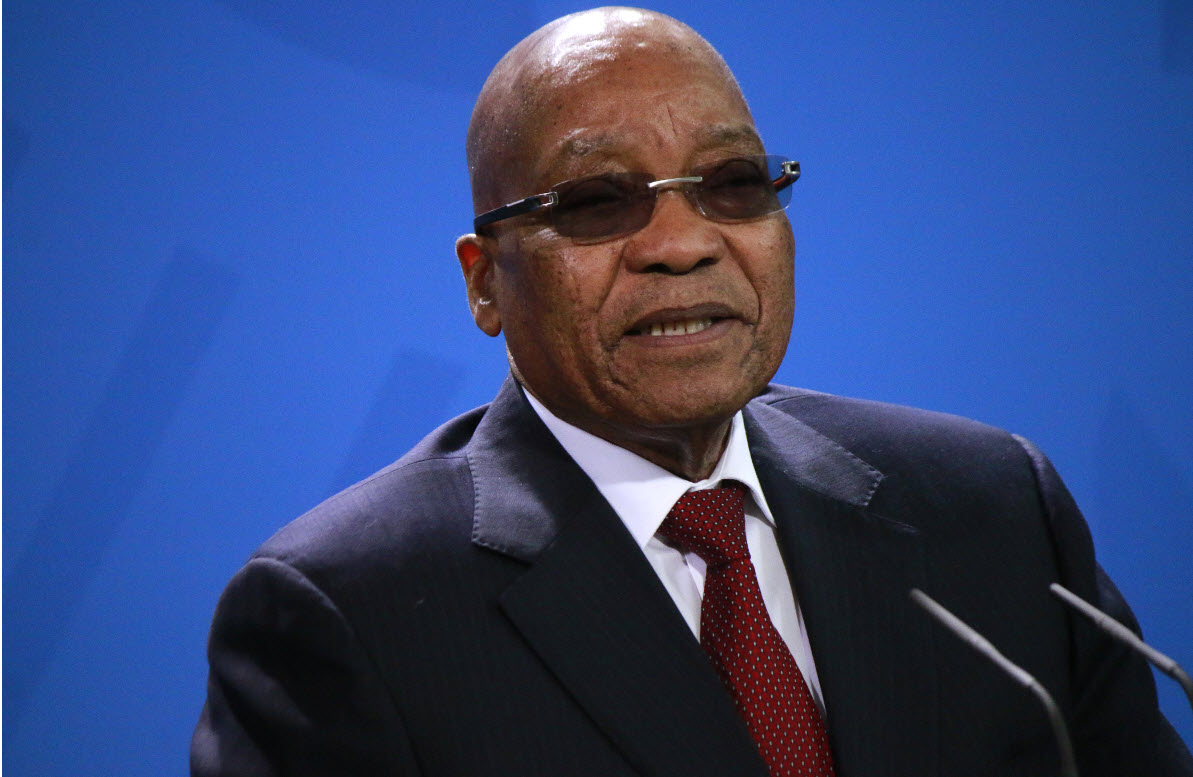 South Africa’s former President Jacob Zuma has been found guilty of contempt of court and sentenced to 15 months in prison for defying a court order to appear before an inquiry probing wide-ranging allegations of corruption during his tenure from 2009 to 2018.

Zuma was not in court for the ruling on Tuesday and has been ordered to hand himself over within five days to a police station in his hometown of Nkandla in KwaZulu-Natal province or in Johannesburg.

If Zuma fails to turn himself in within five days South Africa’s minister of police and the police commissioner have been ordered to take him into custody within three days.

This is the first time in South Africa’s history that a former president has been sentenced to prison.

“Finally, Zuma will find himself where he belongs – behind bars,” said opposition politician Herman Mashaba in reaction to the sentence.

“This is indeed a victory for all South Africans that have become gatvol (fed up) with those who have looted our country with impunity,” Mr Mashaba, former mayor of Johannesburg and leader of the ActionSA party, said in a statement.

“The judgment is equally a victory for the rule of law in South Africa, once again serving to highlight the independence of our judiciary.

“This is a central pillar of our hard-won democracy.”

South Africa’s apex court, the Constitutional Court, ruled that Zuma defied an order by the country’s highest court by refusing to cooperate with the commission of inquiry, which is chaired by deputy chief justice Raymond Zondo.

“The Constitutional Court holds that there can be no doubt that Mr Zuma is in contempt of court.

“Mr Zuma was served with the order and it is impossible to conclude anything other than that he was unequivocally aware of what it required of him,” said acting chief justice Sisi Khampepe.

She added that in determining the jail sentence for Zuma, the court found it impossible to conclude that he would comply with any other order.

“Mr Zuma has repeatedly reiterated that he would rather be imprisoned than to cooperate with the commission or comply with the order made,” said Ms Khampepe.

Zuma has previously expressed his unwillingness to appear before the commission, which has so far heard evidence directly implicating Zuma in wrongdoing.

In a previous 21-page letter written to Chief Justice Mogoeng Mogoeng, which the court has described as “scandalous”, Zuma claimed that he was ready to be sent to prison.

In his letter which he released to the public, Zuma claimed that the commission chairman, Mr Zondo, was biased against him and that evidence presented against him was politically motivated.

Some former Cabinet ministers, high-ranking government officials and executives of state-owned enterprises are among witnesses who have implicated Zuma in corruption.

Several have given evidence that, while president, Zuma allowed members of the controversial Gupta family to influence his appointment of Cabinet ministers and lucrative contracts at state-owned companies.

Zuma is also facing additional legal woes as he is standing trial to face charges related to bribes that he allegedly received during South Africa’s 1999 arms procurement deal.

He has pleaded not guilty to the charges and his lawyers have applied for the lead prosecutor in his case to step down because of alleged bias against Zuma.