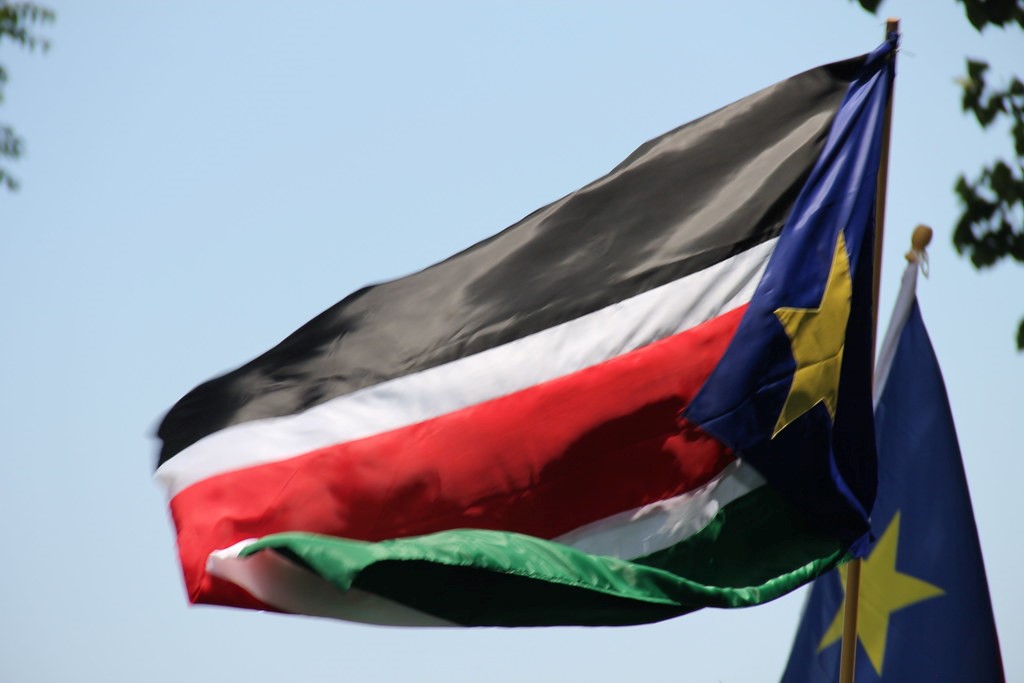 Since gaining independence from Sudan a decade ago, South Sudan’s early history has been marred by a destructive civil war. Slow steps towards peace have been made, with the latest ceasefire agreement being signed in October 2020. Nevertheless, with recent violent clashes in neighbouring Sudan’s Darfur region threatening to rekindle old conflicts, the prospect of stable peace in South Sudan remains hanging in the balance.

However, South Sudan’s violence is not merely ‘Kiir-led-Dinkas vs. Machar-led-Nuers’. The complexity of the war in South Sudan is mostly related to the range of actors involved, from a variety of different ethnic/tribal groups.

Despite the conflict’s ethnic dimensions, the cause of violence cannot be reduced to ethnic divisions. Instead, the South Sudanese war’s origin is rooted in its very creation, one which did not adequately consider the establishment of effective political institutions; and where President Kiir’s new government mismanaged the country’s economic potential in oil.1 This intensified political tensions in a state which was already heavily militarised from its recent fight for independence from Sudan. This has had catastrophic effects with an estimated 400,000 people being killed since the violence began, and 2.3 million refugees and asylum seekers created.2

The delicate balance of peace

Since violence began, there have been various attempts at peace in South Sudan, with negotiated peace settlements in 2013 and 2015 failing, and accompanied by a series of ceasefires violations, notably in 2017 and 2018.3 The negotiated ‘Revitalised Agreement on the Resolution of the Conflict in South Sudan’ signed by Machar, Kiir and other parties in 2018 offered South Sudan a step in the right direction. The complex myriad of actors involved in South Sudan disrupted this when non-signatory groups, such as the National Salvation Front (NAS), joined a coalition of rebel groups called South Sudan Opposition Movement Alliance (SOMA).4 who clashed with the government’s SPLM/IO army. This forced the creation of ‘the Rome Declaration’; a ceasefire agreement signed by the SSOMA and the government in October 2020, which has seen a period of reduced violence in South Sudan.

Nevertheless, as South Sudan has made some small movements towards greater stability and peace in the last six months, neighbouring Sudan has taken drastic steps back as violent clashes have rippled through the Darfur region. Since the joint UN-African Union Mission (UNAMID) withdrawal on 31 December 2020, the UN has reported a ‘sharp uptick of intercommunal violence in Sudan’s Darfur region’.5 In January of this year, days of violent clashes saw an estimated 250 people killed and 100,000 more displaced6. As of 11 February, East Darfur reported a State of Emergency due to violent clashes between groups.7

The recent violence in Sudan is predominantly being carried out by ethnic and tribal pastoralist groups.8 This reflects a vital feature of the conflicts in Sudan and South Sudan through cattle raiding. This is a long-standing cultural tradition of pastoral communities in East Africa, where local groups steal cattle from each other to ‘restock’ after their own cattle had been lost to drought or disease as well as acquire status and wealth.9

Due to decades of conflict in the region, this tradition from pastoralist communities has recently taken on an intensely violent nature. Cattle raiding has not only being co-opted by ‘commercialised criminal networks’10, but also by political elites in South Sudan who saw an opportunity through the local pastoralist tribes to garner support for their own agendas11. Such violence is not isolated and crosses Sudan, and South Sudan’s borders through the Darfur region with the nomadic Misseriya in Sudan travel to Aweil East County in South Sudan, often clashing violently with the Dinka cattle herders12. Recently the killing of a Misseriyan tribesman caused the closure of the border between Sudan and South Sudan.

Whilst cattle raiding is an intrinsic part of the violence in South Sudan and Darfur and is responsible for intense cycles of violence on the local level; it is an issue which has been left unaddressed by broader peace processes. In fact, the recent border closure was “the first time that the Sudanese government was directly involved in addressing the conflict” according to a representative of the Dinka Malul13. Recent steps have also been taken by the UN Mission in South Sudan (UNMISS) to confront the problems of cattle raiding across the Sudan/South Sudan border, with an agreement been drawn up with the South Sudanese government and UNMISS’ local partners to promote the freedom of movement without possession of weapons.

Whilst the conflict in South Sudan and the Darfur region cannot be solely reduced to cattle raiding, acknowledging its role as a driving force for local-level violence isital for sustainable peace and stability in the region. It is even more prevalent when we see consider how the recent events in the Darfur region raise concerns about a return of ‘Sudan’s old conflict’14, which will undoubtedly threaten South Sudan’s tenuous peace. Therefore, continued collaborative efforts across the Sudan/South Sudanese border are imperative to reduce local-level conflicts which risk reigniting violence in the region.

Chiara Longmore is a research analyst for the Africa Region as the Dyami Early Warning for International Security (DEWIS) Working group, a Netherlands-based think tank.