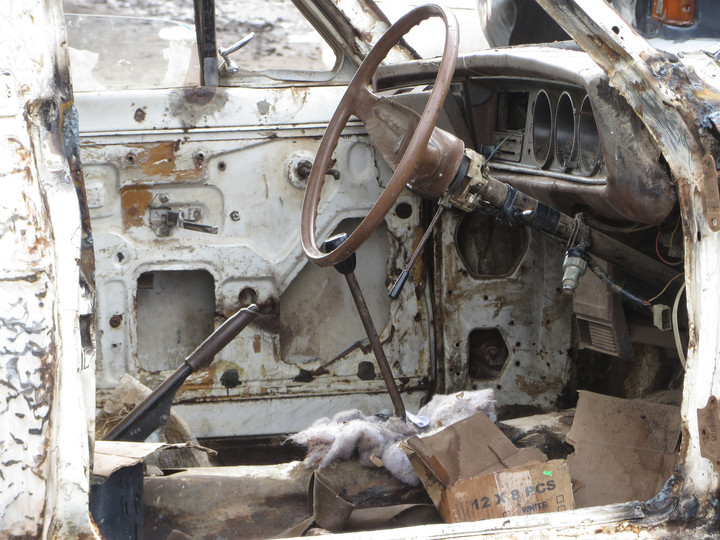 For the past few years, the African Union Mission in Somalia (AMISOM) and the Somali National Army (SNA), working closely with U.S. troops, have frequently conducted joint military operations against the jihadist terrorist group Al-Shabaab. As a result, Al-Shabaab has been weakened militarily and lost many strategic cities it once controlled. Al-Shabaab’s loss of territory reduced its ability to finance operations through taxation of local communities, historically a major source of funding for the group.

Many believed that these military operations successfully destroyed Al-Shabaab’s financing capabilities, sending them into financial bankruptcy and rendering them incapable of conducting major operations. However, Al-Shabaab’s loss of territory reduced neither their financing nor their operational capability. Instead, Al-Shabaab has shifted its strategy, expanded its Amniyaat (Al-Shabaab’s infamous intelligence wing responsible for clandestine operations, such as assassinations and abduction) throughout the country, is now running a major financial surplus, and can easily finance any operation it deems necessary throughout the country.

Al-Shabaab was able to change the way it collects taxes. While previously it relied on the taxation of local communities under its control, charcoal smuggling, and the support of some sympathizers in the Somali diaspora, Al-Shabaab now taxes a variety of individuals outside of the group’s direct control. Al-Shabaab’s new strategy involves extorting elites, businesspeople, and government employees who are not present in the territories it controls. The group demands “payments from leaders of Somali clans and businesses based outside of its territory” who do not necessarily have friendly views towards it. These leaders and business owners across the country fully understand that “those who do not pay face severe punishment by Al-Shabaab’s intelligence wing, Amniyaat.”

This would not have been possible without the expansion of the Amniyat throughout the country, stated a local Somali analyst. Al-Shabaab even established “an effective auditing system” that enables them to obtain reliable financial information on business owners in the country, and tax them accordingly. One businessman who pays taxes to Al-Shabaab likens it to a “Mafia group” without any more “pretenses of being an Islamist group.”

Furthermore, Al-Shabaab has started demanding payments from government employees who are technically at war with the group. Recently, the SNA commander admitted that Al-Shabaab forced him “to either drop his construction work or pay AS taxes.”  He chose the latter option and paid $3600 to Al-Shabaab to complete the construction of his own house. This demonstrates how Al-Shabaab is able to extort not only the private sector, but also government employees. There are many other cases of government employees and officials who regularly pay Al-Shabaab, as indicated by one local businessman in Mogadishu. Al-Shabaab was even able to collect money from a commuter buses that operate on the border between Somalia and Kenya, as was stated by Hussein Sheikh, former counter terrorism advisor to the president of Somalia. Without paying the required taxes to Al-Shabaab, lorries cannot operate freely from the border-zone.

According to the Hiraal Institute, Al-Shabaab is currently running a surplus. Their monthly revenues are estimated to be around $15 million and come from cities that are no longer or have never been under their control, such as Bosasso, Jowhar and Mogadishu. Even though most people in these cities deem Al-Shabab’s tax collection to be “harsh, unfair and illegitimate”, they have no  option other than to pay. The government simply cannot provide the necessary security they need to run their businesses freely; those who refuse to pay Al-Shabaab’s taxes are “forced to shut down their business, change their contact information, or flee the country.”

Al-Shabaab is also strengthening its long-term strategy by investing some of its revenue in real estate and other projects in the Somalia’s businesses sector. Additionally, it was reported that the group had infiltrated Mogadishu’s port and blackmailed retailers to “pay a levy” on exports and imports. Most of Al-Shabaab’s money is then laundered into local banks. Even Salaam Somali Bank, one of the leading banks in Somalia, was accused of aiding the group by allowing Al-Shabaab operatives to store and transfer money. One Somali analyst states that there are many other banks and hawalas (informal Islamic banking systems) used by Al-Shabaab supporters and members, they just have not been publicly reported yet. If this trend continues, Al-Shabaab will not only be able to control the country’s financial sector in the near future, but it will also begin controlling the political wing of the country, pulling Somalia back towards its radical ideology.  In order to prevent this from happening, immediate and decisive action is required, he concluded.

Even though the international community has tried for years to impede Al-Shabaab’s financial flows, it seems the group has so far been able to outmaneuver them and find new ways to generate revenue. While the international community has mainly focused on banking institutions, non-profit organizations, and hawala networks, Al-Shabaab has focused on building sophisticated financial infrastructure that easily generates revenue inside Somalia. It seems thus far that Al-Shabaab has succeeded in its financial goals and been able to maintain substantial revenue streams despite the group’s loss of physical territory. It is the responsibility of the Somali government (and the international community that supports) to come up with a different strategy, strengthening the overall security of the territories it controls and ensure the safety and the security of those business owners, government employees and local elders in order to stop Al-Shabaab’s cash flow. Otherwise, their efforts to combat terrorist financing will be in jeopardy. If nothing is done, Al-Shabaab will be able to increase its recruitment, radicalization, and barbaric attacks inside Somalia and neighboring states in the near future.

Abdi Yusuf is a freelance researcher based in Nairobi, Kenya. He holds both a BA and MA in government from Israel’s IDC Herzliya and specialized Counter-Terrorism and Conflict resolution. He has volunteered at the International Institute for Counter-Terrorism and co-authored How Do Terrorist Organizations Make Money? Terrorist Funding and Innovation in the Case of al-Shabaab.