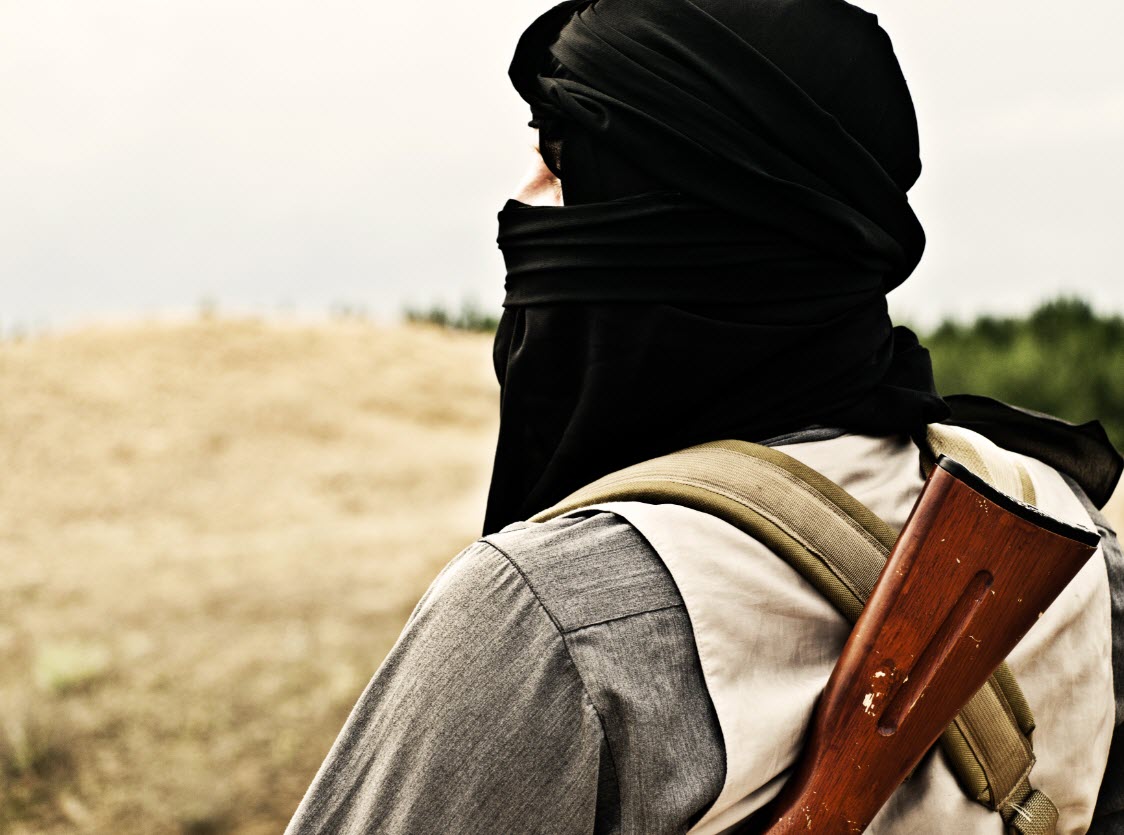 Aya Burweila reflects on the extremism that is blighting Libya

On September 15, the Libyan National Army (LNA) eliminated Abu Moaz al-Iraqi, the new Islamic State (IS) emir in Libya. Abu-Moaz al-Iraqi, whose real name is Abdullah al-Rubai, entered Libya on September 12, 2014 and became the group’s leader in 2015 after his predecessor was killed. He was accompanied by Abdulaziz al Anbari. Both men used forged Libyan passports and travelled to Libya through Turkey. Al-Iraqi was killed during an operation by the LNA against an IS cell in Sebha, an oasis town in Southwest Libya. The operation also resulted in the killing of eight ISIS terrorists and the arrest of two of their wives –one Egyptian and one Libyan. The new IS emir in Libya had fled the coastal town of Sirte for the south during the U.S. Marines’ “Operation Odyssey Lighting” in 2016 which, over a five-month air campaign, decidedly shattered ISIS’s coastal base in North Africa.

Al-Iraqi was also the spiritual leader of Ansar al-Sharia in Benghazi, which attacked the U.S. Consulate in 2012, killing four Americans including Ambassador Christopher Stevens. Islamist militias in Benghazi also benefited from arms trafficked to them from militias based in Misrata, who invaded the capital in 2014 following the loss of elections by Islamist parties. This coup midwifed the current divide of the nation between the capital and the elected parliament (the House of Representatives) and the national army, whose physical base is in the east in Tobruk and Rajma respectively. According to Human Rights Watch, the militias involved in the Tripoli takeover “have engaged in attacks on civilians and civilian property that in some cases amount to war crimes” and have seized people, and looted, burned, and otherwise destroyed property.

According to the U.S. State Department’s Bureau of Counterterrorism’s 2019 country report on Libya, there were six terrorist incidents during that year, four of which were carried out by ISIS. All of the attacks were conducted against the LNA, which launched an unsuccessful offensive on April 2019 to rid the capital of Islamist militias, organized crime and extremists who captured the country’s institutions, plunder its banks,  and found a lawless haven in the capital Tripoli and seaside town of Misrata.

Cultivating and integrating conditions in which extremism thrives, violent networks and organized criminals that have plagued the capital since 2014 have been co-opted by the UN-brokered GNA (Government of National Accord), a client of Turkey’s increasingly radical regime. Rather than cooperating with the national army to dismantle the militias per the Libyan Political Agreement mandate and as agreed to in talks conducted in Paris, Cairo and Abu Dhabi, the un-elected and expired GNA co-opted them as a vehicle to remain in power instead.

“Instead of reining in abusive, unaccountable militias and armed groups, the GNA has been relying on them for security, law enforcement and fighting its rivals. This lawlessness and impunity only perpetuate the suffering of civilians in Libya, who are not even able to safely voice their legitimate grievances about the dire economic and humanitarian situation without facing the barrels of guns.”

The GNA also relies on former members of ISIS and al-Qaeda affiliates. For example, on August 14, 2020, 27 year-old Ibrahim al-Ammari ‘slaughtered’ his father, mother, sister and his four-year old nephew in Tripoli. Al-Ammari was a member of the Islamic State in Sirte. He was imprisoned by the GNA’s Special Deterrence Force (RADA) but released to fight against the Libyan National Army (LNA). Remnants from al-Qaeda affiliates such as the Benghazi Mujahideen Shura Council and Derna Mujaiheed Shura Councils also joined the GNA.

In addition, according to Africa Intelligence, Khalid al Sharif, the ex-deputy emir of the Libyan Islamic Fighting Group (LIFG), an UNSC-sanctioned, al-Qaeda-linked terrorist organization, returned to Tripoli in May 2020 to vie for the position of head of GNA intelligence. Following his release from prison after reconciliation with the Gaddafi regime, Sharif became the controller of Hadba prison where he was accused of torture and turning the facility into a bomb making factory for radical organizations in Benghazi and Derna.

Today, Libya is now facing another wave of mobilization of foreign fighters, a mixture of mercenaries and militant jihadists from the Syria National Army, Turkey’s auxiliary army. Estimates of numbers range from over 5,000 to over 17,000, including 350 minors under the age of 18. Writing for Homeland Security Today in an article titled “Is Turkey Fuelling a New Jihad in Northeast Syria?,” Dr. Anne Speckhard points out that the fighters of the SNA may be “a new army of militant jihadists” and that Turkey may be “empowering them to grow into another monster — perhaps to become the “son of ISIS.””

In addition to fighters, Libya has radical clerics who act as influential spiritual sanctioners of violent extremism. The most visible and mainstreamed Libyan radical cleric is Sadiq al-Gharyani, the former Grand Mufti of Tripoli. Now based in Istanbul, Gharyani has been banned from entering the UK in 2014 for his leadership role in the Islamist takeover of Tripoli.  Gharyani has called for suicide bombings in support of the GNA and has thanked both Turkey and Qatar for showing support to the GNA. Gharyani also has a TV channel called Al-Tanusuh, a key media organ for disseminating extremist ideology.

Arms provided to Libya’s militias by Turkey operating under the GNA further entrenches extremism in the social and political fabric of Libyan society. Recently, the GNA’s RADA forces issued a series of edicts calling for draconian measures against Libyan women—echoes of what the Taliban and the Islamic State have enacted against women in areas under their control:

“The proliferation of extremist groups, regressive fatwas issued by the radical Islamist cleric Sadiq al-Gharyani that affects women’s access to education, employment and restrictive dress codes, and the influence of lawless militias—are at the root of the worrying decline of basic rights experienced by Libyan women.”

Quantitative and qualitative analysis conducted by Monash University under the auspices of UN Women Regional Office for Asia, the Pacific and Middle East and North Africa found that hostile sexist attitudes toward women to be integral to the ideology, political identity, and political economy of violent extremist groups and factors most strongly associated with support for violent extremism.

With no financial oversight and audit, the GNA has turned Libya’s western region into a node of violent extremism and organized crime –including human trafficking. This nexus of kakistocracy, extremism, misogyny and crime is  fuelled by Libyan public funds while the ordinary Libyan lacks access to basic services such as electricity, clean water and sanitation in schools. This endemic injustice and mismanagement of funds strips youth of competitive education and economic opportunities which is likely to prove a driver of polarisation if left unaddressed.

International recognition of the GNA must be withdrawn and legitimate governance must be established through free, fair, and locally owned elections whose results must be enforced by external guarantors so that elections may serve as a tool of peacebuilding. In addition, the national army must be strengthened in the face of domestic and external forces and aided in the demilitarization of Tripoli and Misrata, with its forces who wish to serve integrated into the national army. Furthermore, a transparent, equitable, and just redistribution of Libya’s oil revenues and an anti-corruption task force must be established. Expertise transfer in strengthening the judiciary from EU states and building institutions that can address grievances dating from the Gaddafi era to the present day is also critical in addressing issues of transitional justice.

State-building, good governance, and a development response is fundamental for both countering and preventing violent extremism. Failing at providing security, welfare and lacking legitimacy and rule of law, the GNA perpetuates Libya’s status as a fragile, precarious state, a nexus which directly profits and fuels both local and transnational violent extremists. While the Islamic State and Al Qaeda and other recognizable terror brands no longer have bases in the North African country after their expulsion from Sirte, Benghazi, and Derna, violent extremism and organized crime in Libya have arguably enjoyed a more insidious and dangerous victory as its adherents both captured an internationally recognized government and found itself embraced and empowered in return.