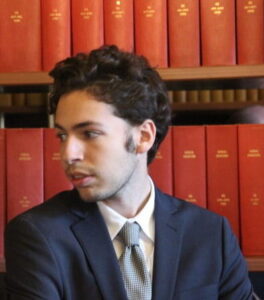 Ido Levy is an associate fellow at The Washington Institute for Near East Policy. He focuses on counter-terrorism and military operations, particularly relating to jihadist groups.

He holds a Master of Public Policy from Georgetown University’s McCourt School of Public Policy. His thesis focused on the ideologies and lethality rates of terrorist organizations with a focus on jihadist groups.

In 2015, Levy studied Arabic at Givat Haviva, Israel and, in 2018, received his B.A. summa cum laude in government, counter-terrorism, and global affairs from IDC Herzliya. In Israel, he researched radicalization and deradicalization programs at the International Institute for Counter-Terrorism (ICT) and political affairs in Iraq at the Institute for National Security Studies (INSS). During his graduate studies, Levy conducted further research on Iraq and other countries in the Middle East at the Council on Foreign Relations (CFR) and ideologies and lethality rates of terrorist groups at the START Consortium. He was also a research and teaching assistant at the McCourt School of Public Policy and the editor-in-chief of the Georgetown Public Policy Review. His work has appeared in ICT, Studies in Conflict & Terrorism, Middle East Policy, Small Wars Journal, Jerusalem Post, The Forward, and other publications. He is fluent in Hebrew and speaks Arabic at an advanced level.

He is also a regular contributor at the Jerusalem Post.